“Youth unemployment in Spain and Greece is hovering around 50 per cent; in Italy, a third of 15-to-24-year-olds are out of work. It is ironic that the leader of a nation paranoid about and offended by any mention of its Nazi period seems so relaxed about the rise of anti-austerity, neo-Nazi parties across the EU, from Marine Le Pen’s National Front in France to Greece’s black-shirted Golden Dawn to the fascists of Jobbik, now the third-largest party in Hungary’s parliament.” http://www.newstatesman.com/politics/politics/2012/06/angela-merkels-mania-austerity-destroying-europe 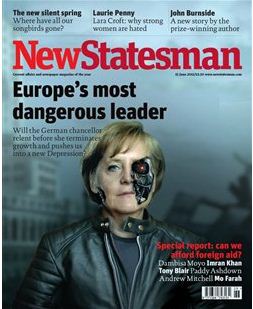